Alexander Babbage conducted a Peer Comparison Study comparing Ponce’s market to that of Abbot Kinney in LA, Bucktown in Chicago, Walnut Street in Philadelphia, Knox Henderson in Dallas, Highland Village in Houston, Columbia Heights in DC and Lenox Square and Perimeter Mall in Atlanta. The comparison was conducted on demographics, psychographics and spending ability. Results of the study demonstrated that the market surrounding Ponce City Market compared favorably to Knox Henderson, Highland Village, Lenox Square and Perimeter on all three measures. It also alleviated concerns about cannibalization.

The Jamestown leasing team used the data provided by Alexander Babbage to demonstrate the strength of Ponce City Market to Anthropologie which resulted in a positive deal.

Leasing Support and Overall Guidance for a Tourist Haven 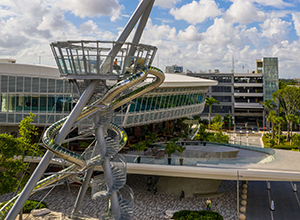 Marketing and Leasing a Trophy Asset